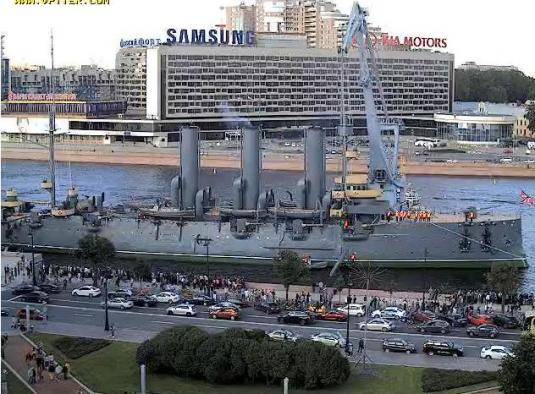 As a museum ship, the cruiser Aurora became one of the many tourist attractions of Leningrad (now Saint Petersburg), and continued to be a symbol of the October Socialist Revolution and a prominent attribute of Russian history. In addition to the museum space, a part of the ship continued to house a naval crew whose duties included caring for the ship, providing security and participating in government and military ceremonies. The crew was considered to be on active duty and was subject to military training and laws.