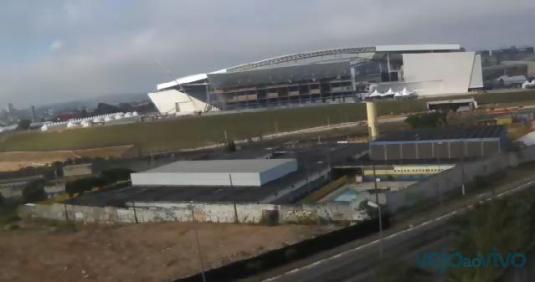 The Arena Corinthians, in São Paulo, Brazil, is the stadium of Sport Club Corinthians Paulista. It is the fifth-largest stadium on the top tier of the Brazilian League and the eleventh-largest in Brazil, with a seating capacity of 48,234