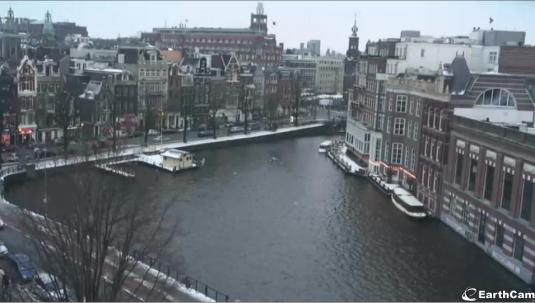 The Amstel is a river in the Netherlands which runs through the city of Amsterdam. The river’s name is derived from Aeme stelle, old Dutch for "area abounding with water".

The well-known Magere Brug bridge in Amsterdam crosses the river, as do the Blauwbrug, Hoge Sluis and Berlagebrug bridges. The Stopera city hall and opera house and Carré theatre are both located on the banks of the river.

A nationally televised concert is held on the river every year on Bevrijdingsdag (Liberation Day). The rowing races Head of the River Amstel and Heineken Roeivierkamp are held on the river annually. The river also forms part of the route of the Canal Parade, Amsterdam’s annual floating gay pride parade.