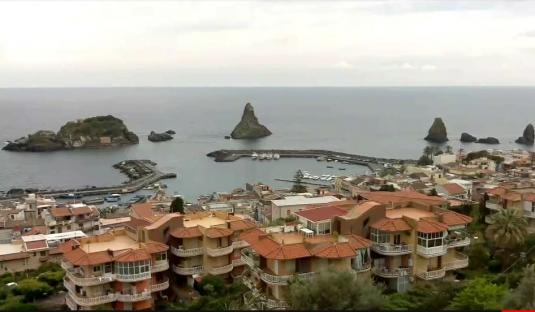 Aci Trezza (Sicilian: Jaci Trizza) is a town in Sicily, southern Italy, a frazione of the comune of Aci Castello, c. 10 km north of Catania  Of the coast of Aci Trezza are three tall, column-shaped islands. According to local legend, these great stones are the ones thrown at Odysseus in The Odyssey. The islands are referred to as the "isole dei ciclopi" (islands of the Cyclops, or Cyclopean Isles) by locals. This compliments the notion that the Cyclops once had a smithy below Mount Etna, which looms over the village to the northwest.