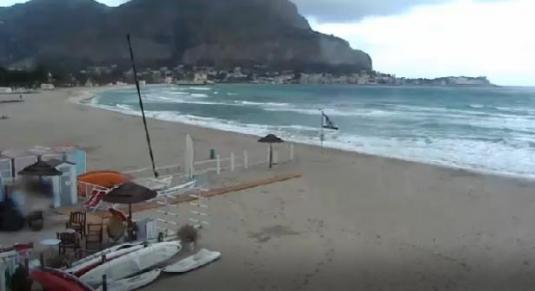 Mondello is a small borough of the city of Palermo in the autonomous region of Sicily in Southern Italy. Its beach lies between two cliffs called Mount Gallo and Mount Pellegrino. The town was originally a small fishing village situated on marshland, but at the end of the 19th century it grew into a favourite tourist destination. The numerous Liberty style villas on the seafront promenade made it one of the gems of Art Nouveau in Europe.