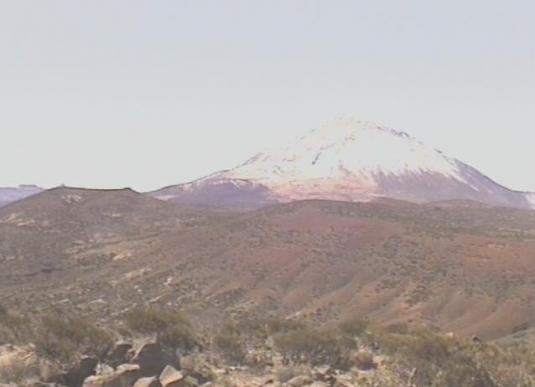 Mount Teide "Teide Peak") is a volcano on Tenerife in the Canary Islands. Its 3,718-metre (12,198 ft) summit is the highest point in Spain and the highest point above sea level in the islands of the Atlantic. At 7,500 m (24,600 ft) from its base on the ocean floor, it is the third highest volcano in the world, after Mauna Kea and Mauna Loa in Hawaii Its elevation makes Tenerife the tenth highest island in the world