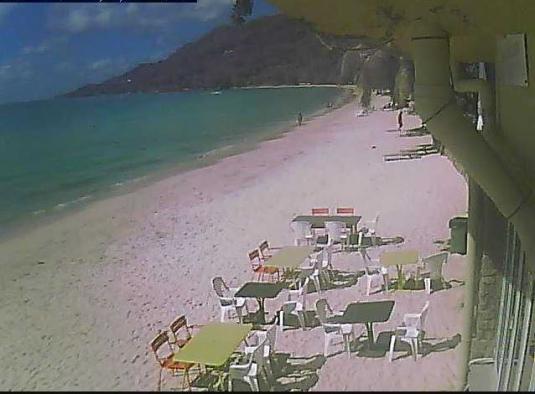 Beau Vallon is a bay on the north western coast of Mahé in the Seychelles. Beau Vallon Beach is a very frequented and maybe the most popular on the island. It is known as a base for diving and snorkelling due to its clear waters and coral reefs. Besides many smaller hotels, it has three major ones – Le Meridien – Fisherman’s Cove, the Berjaya Beau Vallon and the Coral Strand

Mahé is the largest island (157.3 km²) of Seychelles, lying in the northeast of the nation in the Indian Ocean. The population of Mahé was 77,000, as of the 2010 census. It contains the capital city of Victoria and accommodates 86% of the country’s total population. The island was named after Bertrand-François Mahé de La Bourdonnais, a French governor of Mauritius.